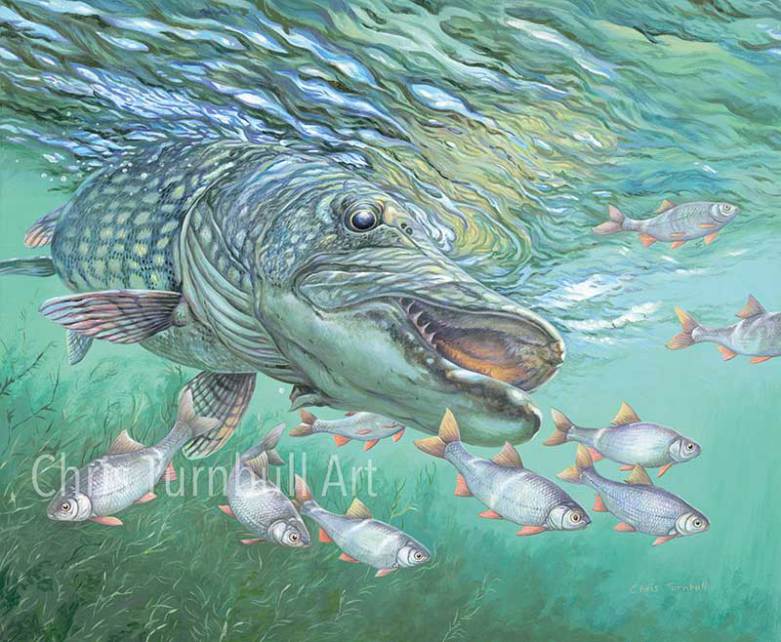 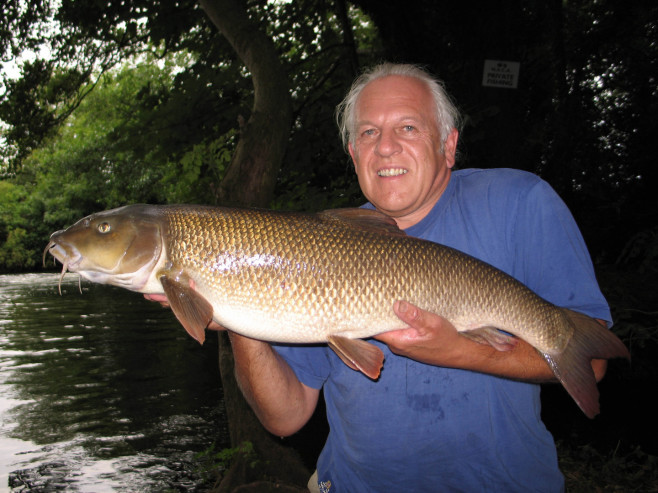 I'm Chris Turnbull, angler, artist, illustrator and author. If you are an all-round angler, more particularly, one that has been involved in the British specialist angling scene for any time, you may already know a thing or two about me? Hopefully at least some of it isn’t bad!

I was born in Sussex in 1950 and grew up in a world that was a much wilder place than it has since become. Luckily my childhood was a feral affair, most of which was spent lost in the local countryside, fascinated by its’ wild places and the wildlife that lived in it. It was inevitable, therefore, that I would start fishing and become immersed in the world of fish and the challenge of catching them from our local ponds, streams and lakes. As I grew older, that love of angling took me ever further from home to fish far off rivers and lakes until, goaded-on by the newly-spawned specimen hunting movement of the mid-1960’s, I became completely submerged in angling, and read just about every offering on the subject I could get my hands on. Even so, when I left home at the age of sixteen to go to art school in Kent's Medway towns, it never occurred to me that I might end up writing and illustrating angling books myself. But, of course, that was unavoidable although it took some time before I took that path.

Like most budding illustration artists of the 1970's my ambitions revolved around illustrating LP record covers and kids’ books. While I enjoyed some success at this I found myself with so much time between commissions that I started to fill this by writing fishing articles that were usually illustrated by myself. This roughly coincided with me moving to Norfolk where I still live today. My first magazine article entitled 'Zen and the art of angling' was published in 1978 and since then I have contributed as a writer to numerous angling magazines and books. Alongside this, my artwork has been published throughout the world ensuring me full-time work as a wildlife artist who specialises in painting fish although today I am semi-retired and paint mostly for my own pleasure.

Alongside the numerous publications I have contributed to I have produced four well-received books of my own, namely ‘Big Fish From Famous Waters’ published by David & Charles(1990), ‘Success With Big Tench’ also by David & Charles (1992), ‘Time For Tench’ published by Harnser Books (2004) and my most recent book ‘Reflections: Highlights from An Angling Life’ published by Harper Books (2011). Lavishly illustrated throughout with original drawings and paintings, many of the works included in this book can be ordered as limited-edition Giclee prints from this website.