I am available to undertake both private commissions and illustration contracts whenever required. Please feel free to contact me for quotes and to discuss your requirements. Contact me by phone on 01692 630565, email at thefishturnbull@yahoo.com or use the contact form on this website. 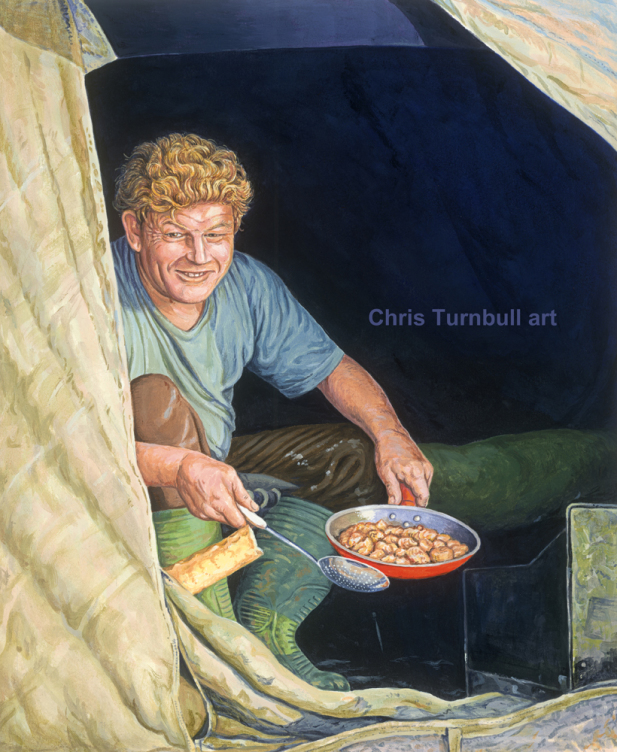 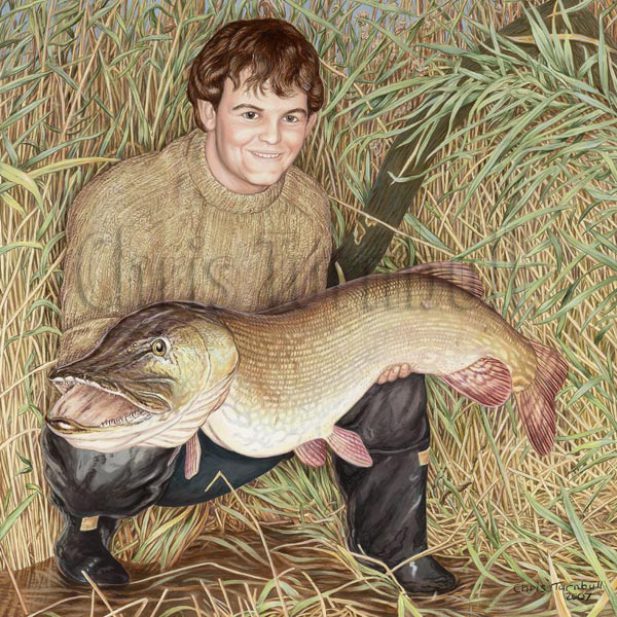 The painting above is a private commission undertaken for well-known Norfolk angler Paul Belsten. The subject matter is Paul in his younger days with a 35.13 pike caught from Martham South Broad in October 1983. He caught the same fish again a few weeks later at 34.12. This same fish eventually grew on to later provide a new English record to Neville Fickling of 41.06 before eventually lifting the record again when caught the following year by Derrick Amies at 42.02. At the time of its capture by Paul, the photographs had not come out very well, so many years later when he decided he would like something special to commemorate its capture, I was asked to paint this picture using a collection of shabby photographs to inform it.

My black & white pen & ink drawings are A4 image area images drawn on A3 sheets of hard-pressed paper. I charge a standard rate of £130 for private B&W commisions. In order to do these I require a high quality digital photograph to work from. email me on the contact page of this website if you are interested. 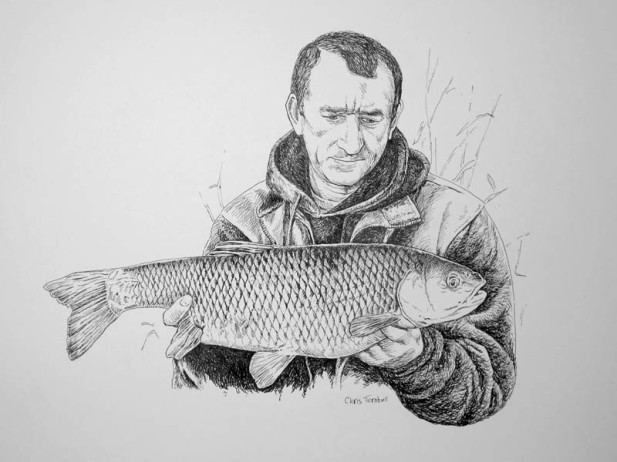 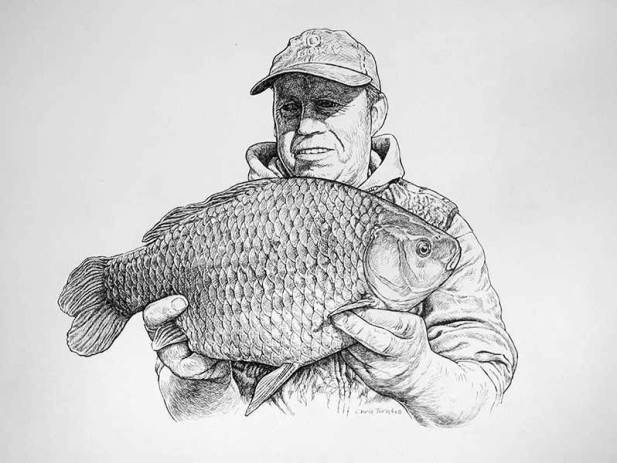